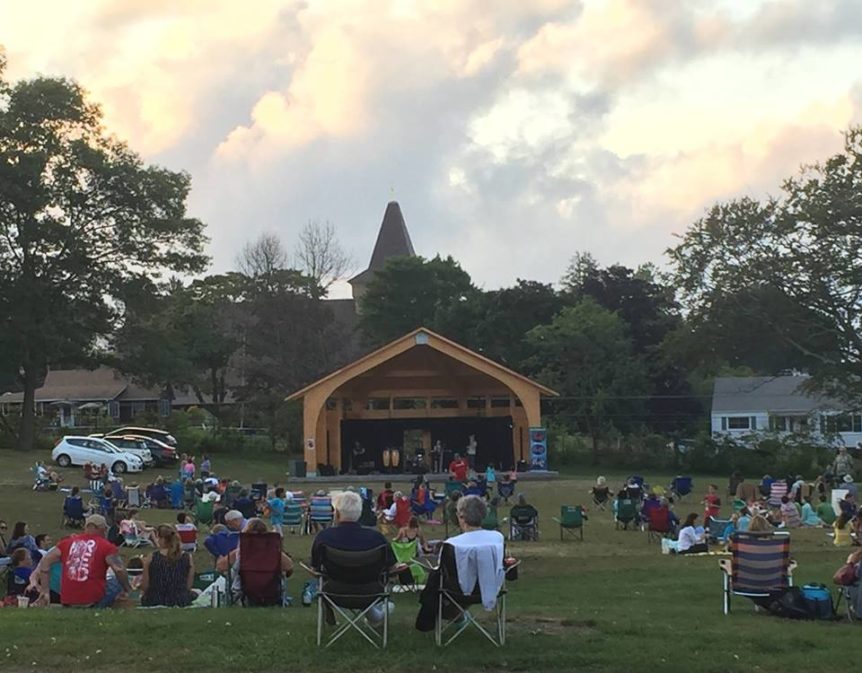 On November 18, 2019, the East Lyme Public Trust held its annual meeting at which the present officers were re-elected.  By unanimous vote the group voted in for another term: President-Jessica Todd, Vice-President-Ted Norris, Secretary- Ann Chekal, and Treasurer- Kathy Cassidy.  Others again voted on to the Executive Council were Carol Marelli, Joe Legg, June Hoye, and Jim Gallagher.

Ms. Todd then introduced one of the speakers, Dave Putnam, the Director of the East Lyme Parks and Recreation Department.  Mr. Putnam spoke about the long standing partnership between the Rec. Dept. and the Foundation.   He thanked the Foundation for the improvements and enhancements they have provided to the parks and beaches of East Lyme.

Mr. Putnam mentioned that after the opening of the Boardwalk, the group purchased a Gator Style Utility Vehicle to assist with the maintenance of the Boardwalk.  They have also funded Front Road Signage for McCook Point Park, Hole in the Wall Beach, and Cini Park.  The Foundation also donated Security Cameras and garbage can liners to protect and to beautify the parks.

In addition, the Foundation sponsors a Memorial Tree Program which plants donated trees in public spaces and has also planted Beach Grasses for sand dune protection.  Over a five year period, they have also researched the sand levels on the Niantic Bay Beach.

This year, Solaware sun protection monitors have been installed at our three beaches to inform our participants of the UV Ray and sun strength on a particular day.  A Mobi mat and Mobi Chairs have also been provided for special needs participants.

In addition to the Boardwalk, one of the most popular additions which the Foundation has initiated has been the Band Shell at McCook Park.  This project was made possible through the co-operation of the Foundation, the Rotary, the Lions, and the Parks and Rec. Department.