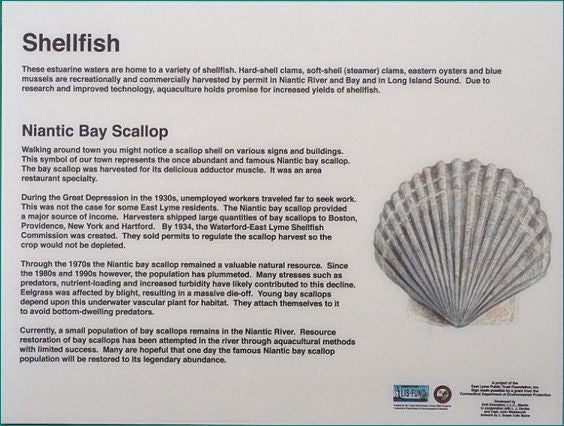 In 2005, since one of our key goals was to have an education component to the Boardwalk, the Foundation arranged for an outstanding series of 18 Educational Signs to be placed on the Boardwalk

This article appeared in 2005.  The Link to the Final Report is a very complete description of each sign.

A summary of the eighteen (16) educational signs, their design and content, and their location along the 1.2 mile long Niantic Bay Overlook is available online. The final report includes photographs of the signs and selected photographs of visitors viewing the signs.

This article appeared in 2016

Donors of Educational Signs on the Niantic Bay Boardwalk

Later, when the Boardwalk needed to be re-designed and re-built, Kathie Cassidy, a member of the Foundation, obtained a grant to repair the signs that had been damaged by the storms.