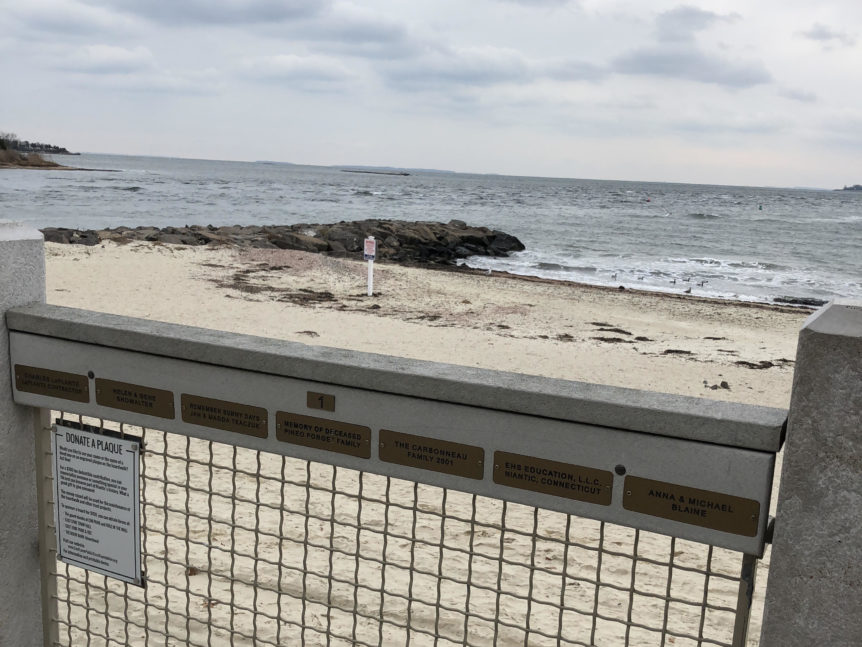 However, it is the unique story behind every plaque that is captivating as they celebrate weddings, anniversaries, births and graduations. They express loss, sorrow, laughter and contentment. Because the co-chairs of this Foundaton project -Bill and Fran Rinoski- are romantics, Board 1057 (at the request of Tony Terraciano) was put up in the snow on Valentine’s Day. “Tony loves Christine,” it stated and she said yes, right there on the Boardwalk. When the boardwalk was re-dedicated in 2016, the pair was there with their three children!

One woman explained that she forced herself not to look at the plaques until she had finished the first half of her walk. Then, she would allow herself to turn seaward to read some of the plaques as she returned to her starting point. Many of the inscriptions indicate what the Boardwalk has meant to people: The Perfect Walk, A Tiny bit of Heaven, Smell the Ocean Air, Walk the Path in Silence. The one that best reflects the mood o this crescent shaped “dream” is Too All Who Pass Here – Peace.