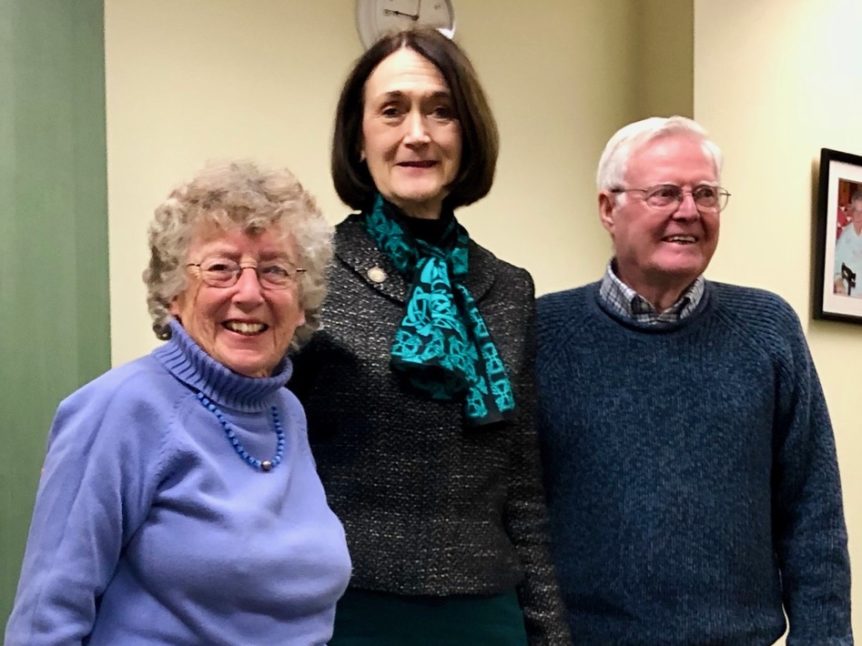 Patricia and John Lewis Jr, long-time members of the East Lyme Public Trust Foundation, were honored with a citation from the State of Connecticut on their retirement from the Foundation at the Board of Directors’ meeting on Tuesday, Feb. 27 at the Community Center.

State Representative Holly Cheeseman presented the citation on behalf of the General Assembly. Senator Paul Formica was a co-sponsor. 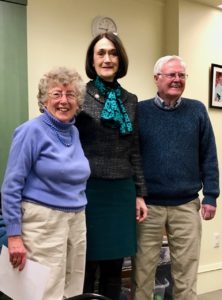 Fondly called ”Pat and Jack”, they were cited for their work as part of the Foundation, a nonprofit organization, which was responsible for the creation of the Niantic Bay Boardwalk. They served on the Foundation Board since its inception, a total of 23 years. They actively participated in the long process it took to create the Boardwalk.

The citation lauded their efforts in the public interest over the years, culminating in the Boardwalk rededication in May 2016. The citation especially noted their service on the Publicity Committee of the Promise of Tomorrow’s Trees project for the past five years. The couple has also kept a record of publications, a “scrapbook”, which chronicles the Boardwalk’s history, including the process and events. It will continue to be maintained by the Foundation.

At the meeting Pat Lewis entertained the Board with a poetic recollection of their experience with people and events in those 23 years. The Foundation plans to post the text on Facebook and on it’s website at publictrustfoundation.org.