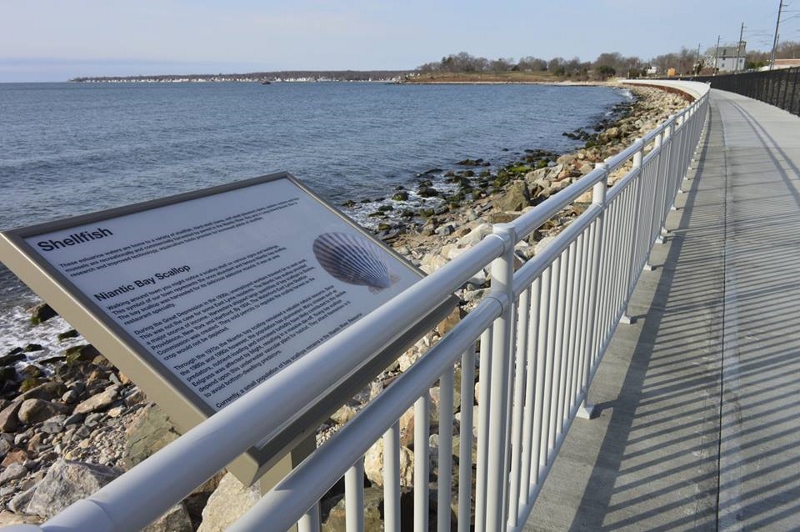 This article appeared in 2005.

People who are walking the Boardwalk for the first time are easily spotted, because they are engrossed with reading the very fine educational signs.  What a treat to read signs with titles such as, “Where River Meets the Sea”, “Fishes of the River and Bay”, “Life in an Estuary”, “Glacial Legacy”, and “Stories of the Land”.  Both children and adults show their fascination with the “story” of nature that enfolds here.

A very special aspect of the Boardwalk is the opportunity that walkers have to read the messages on the boards and benches.  They commemorate births, anniversaries, the deaths of children whose lives were cut short, and the deaths of ancestors who lived long and fruitful lives.  The messages express sentiments of hope such as, “Dreams do come true” and “May you find peace in this place”. Years in the future, historians will value these precious reflections of small town life in America at the beginning of the 21st Century.

However, today, we are going to take a look at Welcome Signs. This was what the Foundation released in 2016.

A Happy Mother’s Day in this difficult time.