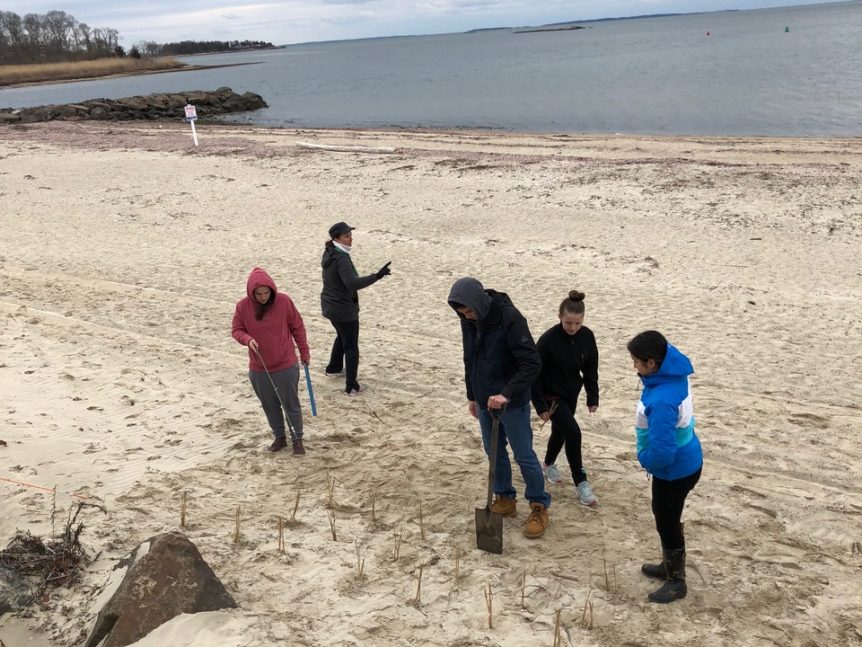 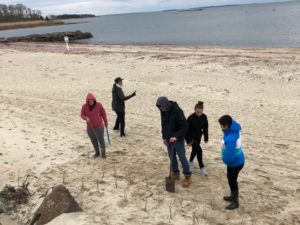 Ten student volunteers from East Lyme High School and UConn Avery Point placed 200 plants in five selected dune areas.  With the 200 plantings in April 2016, this brings the total to 400 plants in nine selected areas on the Beach at this point.  James Gallagher, who has coordinated the overall effort for the Foundation, noted that the older plantings “are doing nicely.”

This is a joint project with UConn SeaGrant and the East Lyme Parks and Recreation Department.  The plantings are meant to retain sand. The work is based on the recommendation of Dr. Frank Bohlen, UConn Marine Sciences Department, to monitor sand retention and preserve the Beach.  Dr. Juliana Barrett, Botanist with UConn SeaGrant, supervised the first student plantings in April 2016.

The Foundation and the Parks and Recreation Department are also following a second recommendation by Dr. Bohlen to help preserve the Beach.  It involves periodic topographic surveys to monitor sand movement and retention. The most recent survey was completed in October 2017. Plans are underway to add a drone survey under the direction of UHD Productions later in 2018.