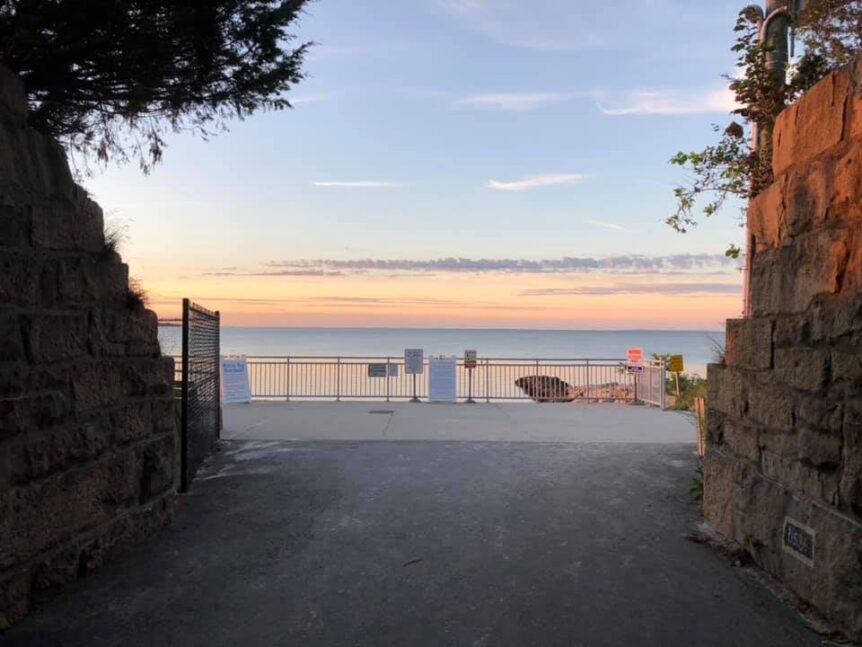 In February, 2007, two years after the dedication of the Boardwalk, because there had been some vandalism of the monument plaques, the Town Planning Commission wanted to upgrade the boardwalk security.  Under the leadership of President, Bob DeSanto, the Foundation’s then Secretary-Bryan Buckley- agreed to take on this project.  After extensive research, Mr. Buckley recommended to the Foundation that they finance $26,659.00 for three security surveillance video cameras, hardware and software at Hole in the Wall Park and the Niantic Bay Boardwalk.  One of these is a solar and wind powered camera and pole for the Monument area and the surrounding area at “Hole in the Wall” beach,  which would be monitored by the E.L. Emergency Management Department.  By Oct., 2007, Mr. Buckley reported that the video cameras at Hole in the Wall were fully functional and would allow surveillance of the Boardwalk.

In 2008 the ELPTF paid $4,925 for the repair of two video cameras and to purchase an additional video camera, placed on the Niantic Bay Boardwalk at its western end.

In 2010-ELPTF paid $3,520 to repair a video camera and computer hard drive at the Hole in the Wall complex that serves the Niantic Bay Boardwalk PAN video camera.

In 2010, the Board of Selectmen voted to assume maintenance of the cameras at the boardwalk that had been installed by the E.L. Public Trust Foundation between 2007 and 2009.

In 2018, under the leadership of President, Joe Legg, the Foundation donated an additional $7,200 to upgrade the security system at the Boardwalk, Cini Park, Hole in the Wall, and McCook Park.  Co-chairmen Ted Norris and Brian Buckley were the liaisons with Christ Taylor, the E.L. Fire Marshal and Dave Putnam, the Director of Parks and Recreation.

This donation was used to upgrade to HD cameras which included super advanced night-vision.  In addition to the existing cameras, additional cameras were added to cover the Boardwalk, Cini Park, Hole in the Wall, McCook Park, and the Parking lot at Hole in the Wall.  Because of vandalism of 6 benches, President Legg said, “We want the citizens of East Lyme and visitors to know that we are pledged to do all in our power to protect our beautiful Boardwalk and Parks.”

Former President, Bob DeSanto has said, “Since the Boardwalk project began in 1999, the Foundation has been the Boardwalk’s main booster, continuing to raise money for its enhancement and maintenance.”  Joe Legg, the President when the Foundation made the camera updates, said at the time, “We are proud of our ability to work co-operatively in this public-private partnership.”