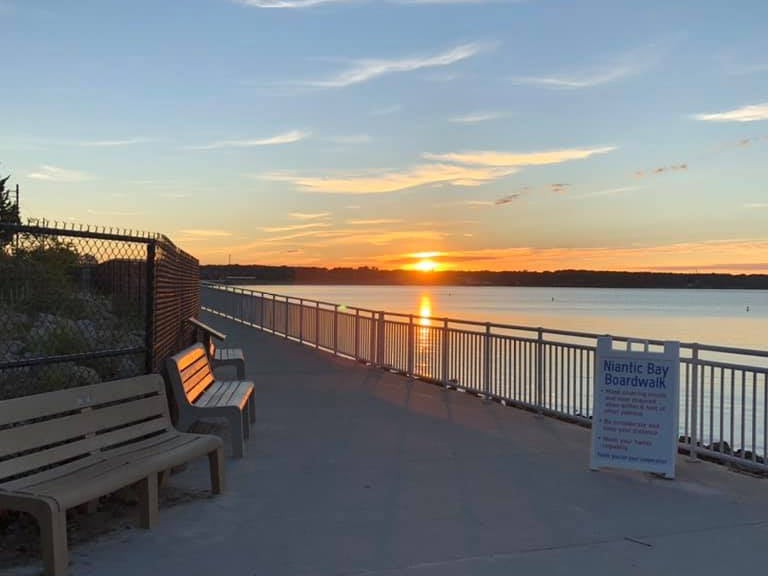 The History of the East Lyme Public Trust Foundation would not be complete without a review of the donation that the Foundation has made to the town of East Lyme.  This is the first in a series of articles reviewing those donations.

Funding and Services to Build the Boardwalk- Over $10 million!

In 1995, The East Lyme Public Trust Foundation began its work on providing East Lyme with a 1.2 mile boardwalk.  For the next 10 years, until the first dedication, the members spent innumerable hours to make this dream a reality.  When the first Dedication occurred in 2005, the Foundation had provided three major donations to the Town worth, in 2006, $10, 107,300.

The Foundation had arranged for the acquisition of Amtrak Beach and the adjacent land parcels on which to construct the Boardwalk.  This property was then valued at $2.1 million market value.

Starting even before its incorporation in 1994, Trust members donated many services and drew upon their own talents and those of many other individuals.  In order to obtain the various grants it won and donations of labor it solicited over eleven years, the members performed long, complicated, and demanding lobbying efforts of hundreds of hours of research, writing, travel, and argument- none of which was reimbursed to the Foundation members in any form.

In addition, the Foundation obtained the preliminary design drawings, a land survey, geotechnical testing, and preliminary specifications needed to create the Boardwalk.  In 2006, the value of the In Kind Services had been estimated to be $5,787,300.

This donation to the town from a private organization is an enduring example of what a small group of citizens can achieve with leadership and perseverance.