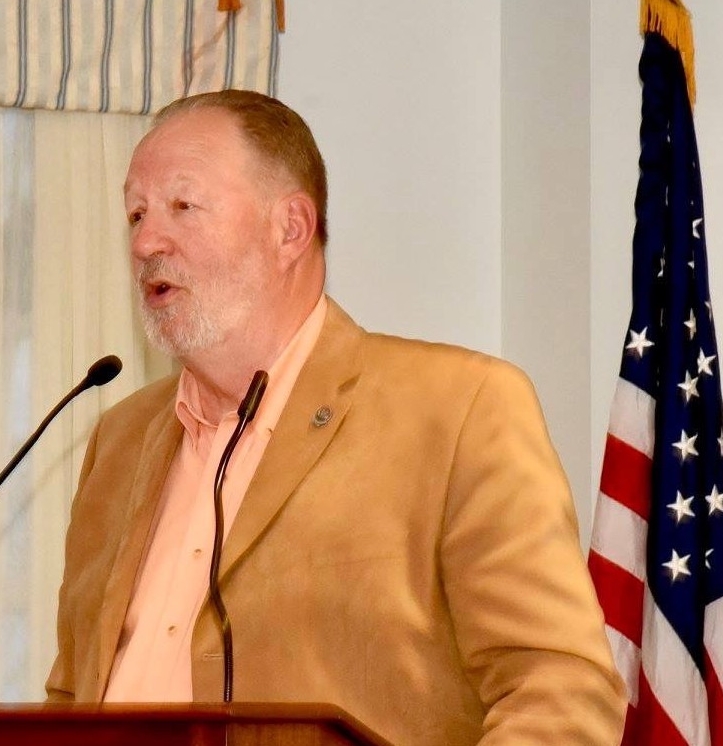 Sometimes, even a volunteer needs volunteers!  In 2016, under the leadership of President, Dr. Joseph Legg, The East Lyme Public Trust Foundation was in the process of revamping its website.  One day in the spring of 2017, my husband John and I arrived at the Hole in the Wall to walk on the Boardwalk.  There, at the entrance to the Boardwalk was a young man, Michael J. Burnett, flying a drone.

As I approached him, I asked if I could look at his screen to see what he was seeing.  As he readily agreed, I got my first look at a drone video.  Then, he said that he was thinking of doing a video about the Boardwalk.  I explained to him that we belonged to the East Lyme Public Trust Foundation which had been considering ways to improve our web-site.  I asked him how much he would charge for such a video.  To my surprise and delight, he said he would volunteer to do it for free.

As I set to work on a script for the video, he began to send me what were “collage” shots he had taken of the Boardwalk.  In some of the shots, the drone would be flying west; then there would be shots taken flying east, and some south out into the water.  Each time, I would write him that these shots were not really what I had hoped for.  I thought the camera should start at Cini Park and proceed to McCook Park.  He wrote back, “Oh, you want to tell a story!”  Then, I knew we were in business!

The hours he spent on this project were untold.  Since I didn’t understand what was involved technically, it was hard for me to appreciate what I was asking of him.  The message he often sent me was that it was taking time “to render”.  (I still don’t really know what that means.}

Michael, who then headed UHD Film Productions, busily began putting together the footage we would use.  I eventually had a script that pleased me, but we needed a narrator.  Michael knew some professionals who were available, but with no budget, they were beyond our reach.  As I pondered this problem, in my mind I remembered the baritone phrase which I had often heard-“Hello, Neighbor!”   I immediately knew I had the solution to this problem.

When I called my neighbor, Wayne Gronlund, Captain (Retired) USCG, to talk to him about being the narrator, he also agreed without hesitation.  With his usual attention to detail, he recorded many versions of the narration until he was completely satisfied with the results.

Once Michael had the narration, he began to put together the whole, with more “rendering” involved.  When we were almost finished, I asked him if he could put in the call of a Sea Gull at the beginning.  Without missing a beat, he said he already had some audio of those sounds  recorded.

Finally, we were ready to post on our web-site and to present to the world, “A Bird’s Eye View-The Boardwalk by the Bay”.  Both Michael and Wayne had volunteered their special talents and time to contribute to a project which would enhance people’s understanding of the Boardwalk.

I think I can speak for the three of us to say that we are proud of this video, produced and executed by three, amateur volunteers.   Many thanks from the Foundation to Michael and Wayne for the generous willingness to help our non-profit.   Volunteers can be found where you least expect to discover them!

To see the video, go to: https://publictrustfoundation.org/