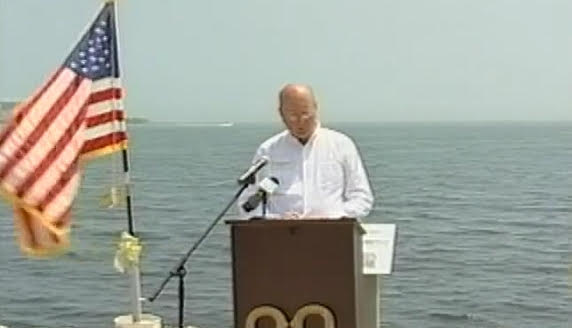 A Retrospective Review with Bob deSanto
by June Hoye

This video interview was conducted in August 2021 with Bob DeSanto, past president  of the East Lyme Public Trust Foundation. The interviewers were June Hoye, Publicity Chair of the Foundation, and Joe Legg, past president, and current vice president. The videographer was Jack Mingo, a student at Boston University.

This interview gives a historical look back at what was involved in the creation of the beloved Niantic Bay Boardwalk in East Lyme. Bob Desanto, who has been described as the Father of the Boardwalk, was intimately involved in the project from the start and served as president for many years.

The interview brings to mind this well-known quotation from the Bible: “I have fought the good fight, I have finished the race, I have kept the faith.”

The citizens of East Lyme are very fortunate that Bob “kept the faith”!